as well as the Peacemaker Gas Gun Championship 2 Day Match with his 3-24X42 March Scope.

One of the series is the Geissele Gas Gun and pretty much every match shot in DMR class last year was won with a 3-24X42.

I myself won the DMR class in a PRS club series this year,

as well as the Peacemaker gas gun championship 2 day match with my 3-24X42.

Competitions have stages that are very similar to PRS matches,
although some of them incorporate a time and speed element as well.
My 3-24X42 has the FML-1 reticle.
I actually appreciate the thickness of this reticle, because speed matters more
in DMR than PRS and I tend to use lower magnifications.
My rifle is an AR-15 I built myself.
I use handloaded ammunition that I also load myself. 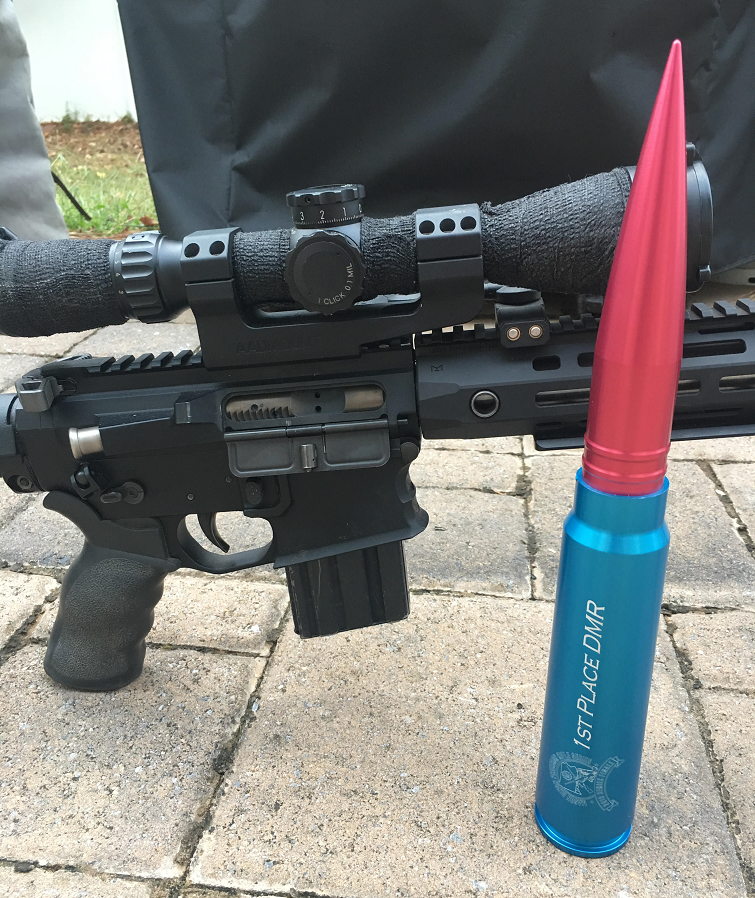 I have shot maybe 25 matches with the March on this rifle and have done very well
with it, including several individual and series wins.
I know two other people that use the same scope and are also very happy with it.
I also have a 3-24X52 that I use on an AR-10.
I am considering competing with it in the larger PRS matches this year. “
Picture below ▼ AR-10 with the 3-24X52

Thanks Ling, we will be cheering for you !
Below is 3-24×42 March scope Ling uses in competitions.

Below is the FML- 1 reticle Ling was referring to. 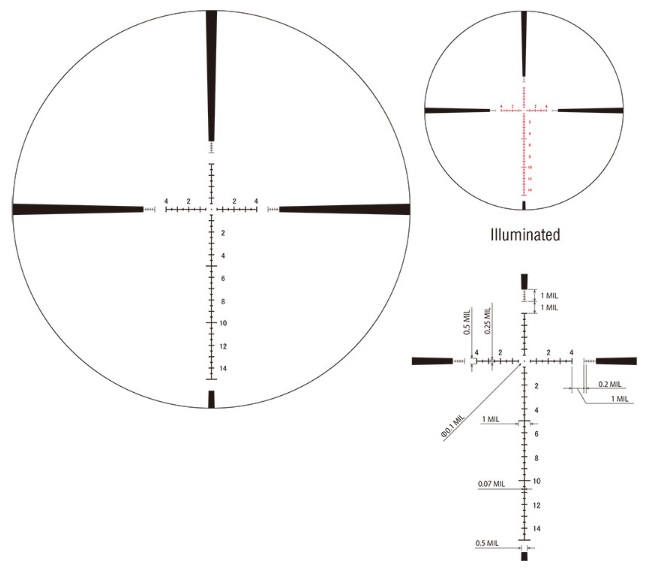