is not yet available to the general market (slated to come out this April). 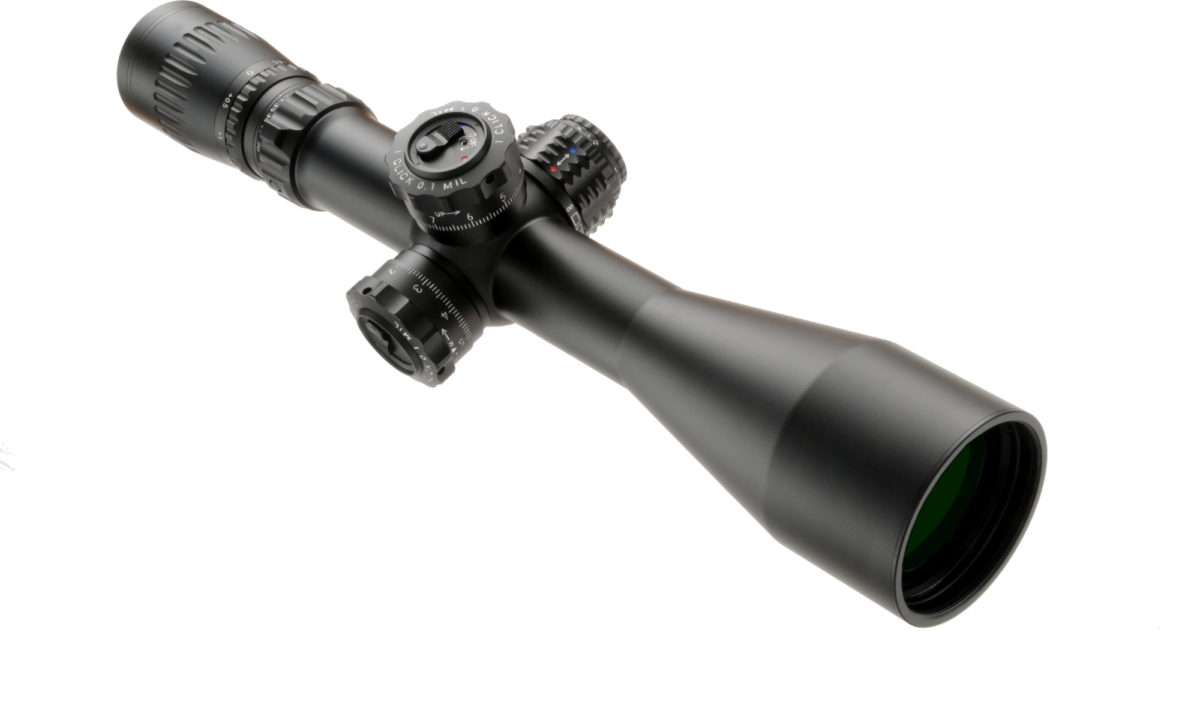 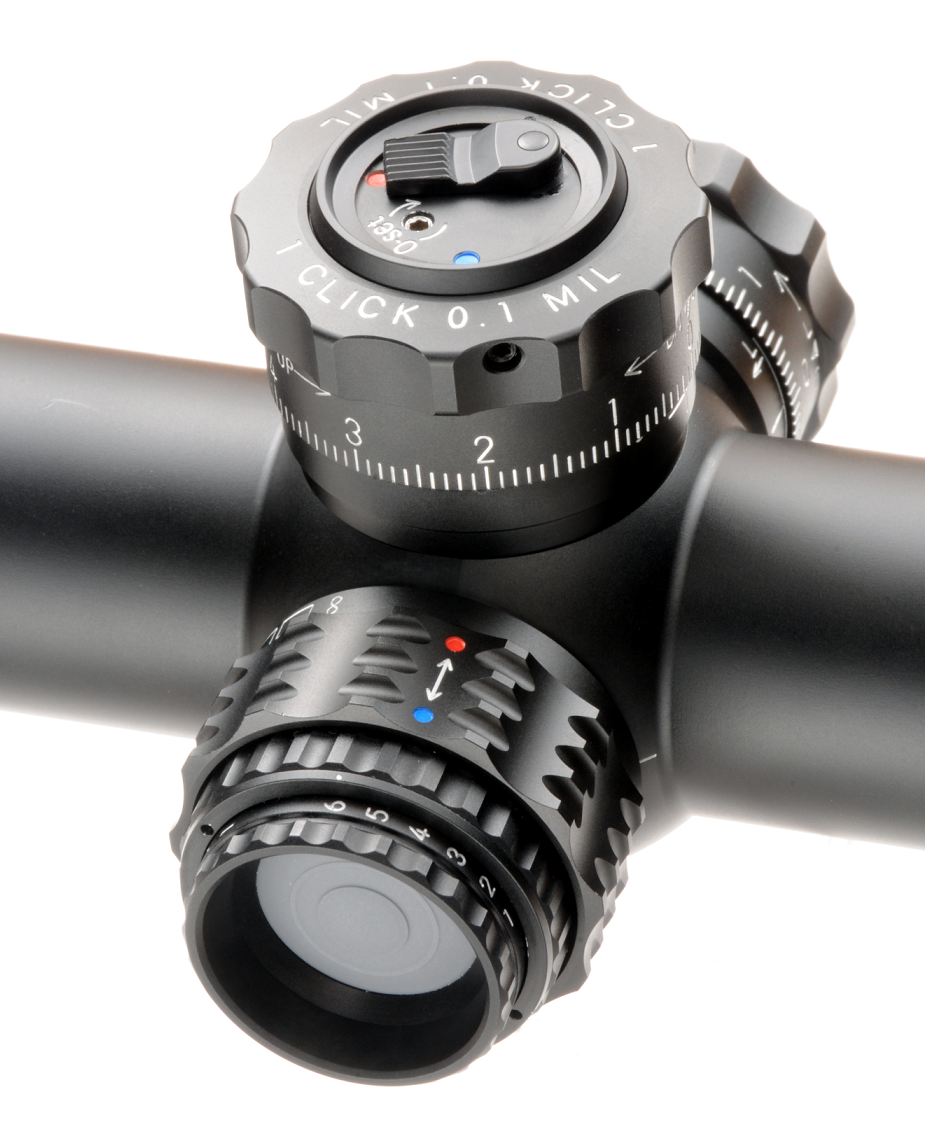 about the “High Master” optical system and was anxious to see that technology make its way into March’s FFP scopes.

“What is High Master?” you ask, well you’re not alone, I have been trying to get the low down on this system

since I first heard the phrase come up a few years ago, without getting too techno geeky this is how it was explained to me:

The reason is they take care of some of the optical correction which generally appears further down the system within the scope.

This does result in a very different image. Much brighter and sharper…”

Okay, so maybe that was a bit techno geek so in a nutshell,

High Master (HM) is the term March is using for phenomenal optical performance!

March already had the most impressive optical performance I have seen come out of Japan,

so I have been really curious as to whether or not HM could compete with the best I’ve seen from Europe.

A lot of change has occurred with March since SHOT 2019.

Their previous model was to use only one distributor in the USA which usually meant one source/company,

so if you wanted to buy March there was only one place to go.

which I believe is a good thing and will help their name recognition here in the USA.

One disappointing feature of the 5-42×56 HM that was displayed in 2019 was the reticle,

it was not well received here on the Hide and specifically with competition oriented shooters.

However, that all changed late last year and March now has

a very viable .2 mil tree reticle which they’ve needed for a long time in their FFP scopes.

that I look for in a modern Christmas tree reticle with .2 mil hash marks,

center dot and dots in the Christmas tree which does not obscure the image behind it. 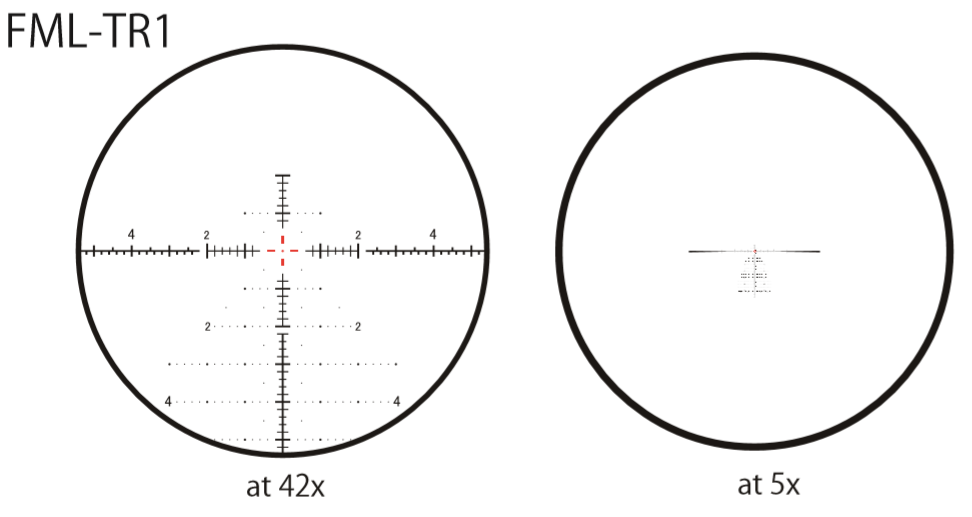 and while I certainly intend to do just that, this will need to come over time as I only recently received the scope

so keep watch of this thread as I will continue to update it as time goes on.

What I can say now, with the short time I’ve had the scope (less than a week), is the optics are quite impressive

which many consider (myself included) to be among the best optically speaking in the FFP scope world.

This is the scope I use to compare others to when it comes to optical performance.

With an 8.4x erector I expect there to be some compromises and will seek to flush those out in the days to come,

but I can say with confidence the 26* eyepiece is legit, the FOV is enormous for a long range scope

and what’s more impressive is the scope doesn’t appear to lose edge sharpness throughout the magnification range,

but again, more testing is needed for conclusive results.

What I was not prepared for was the new turrets that March is introducing with this scope.

For any of you who’ve read my reviews over the years you’ll know that I am not a turret purist, an optical purest yes,

but as long as the turrets landed on the right tick mark and provided adequate feedback I was usually pretty happy.

My past March scopes had what I would call “mushy” turrets,

but they landed accurately and gave enough audible and tactile feedback to get the job done.

– they are anything but mushy and provide what may be the most tactile feedback I’ve ever felt in a turret.

Previously Kahles had some of my favorite turrets with regard to tactile feedback, the ZCO turrets

but the new March turrets best my experience with Kahles and ZCO.

Contributing to the feel is the spacing, while manufacturers seem to be pushing the limit with 15 and even 18 mil per turn turrets,

March kept their’s at 10 mil per rev, a wise choice I believe as each click is very distinct

and with adequate spacing between clicks that you don’t get lost thinking “did I just move one or two clicks?”.

Not only are they very tactile, they also have a unique locking system which can be seen in the images below.

and the ZCO locking turrets (oh, and the Tract as well) and this, I think, will prove to be my favorite design.

All the aforementioned designs have a “lift to release, push down to lock” turret housing that rises and falls,

but March decided to place a lever at the top of the turret (also on the windage as well) with a blue dot for unlock and a red dot for lock,

and the turrets spin freely without having to worry if you need to lift up or push back down,

and when you don’t want them to move you flip the lever and they lock solid – no play whatsoever,

and speaking of play, I cannot find any appreciable amount of play when turning.

Solid, distinct, audible and with adequate spacing – these turrets I am sure will become a hit among the community.

My only area of criticism is the zero stop, this is set by a hex key at the very top of the elevation turret

in between the lock/unlock dots and you simply turn CW to lock; however, the turret only gets more difficult

to turn at the 0-set point, but given enough effort and you can turn past the point you’ve set the lock,

time will tell whether this becomes an issue or not, especially for competition shooters.

you may find it very difficult to clean out the slot leading to the hex nut.

what appears to be a blue dot and a red dot and yes, you guessed it, the parallax is also locking.

I’ve never felt that I’ve needed a locking parallax before, but it will be interesting to see if this design proves useful over time.

The illumination is also different from past March models,

instead of pressing the center button to move through different magnification settings,

you push to turn on/off and using the outer ring to twist to different settings which I much prefer over strictly push button.

The ergonomics of this scope play out very well, at just over 14″ long

it is considerably shorter than the scope it was aimed to compete against – the Schmidt & Bender PM II 5-45×56.

In fact, it is shorter than many 5-25 scopes and with the wide angle eyepiece has even greater FOV

than the venerated TT525P and Minox ZP5 all the while providing 17x more magnification on the top end.

making this a very viable option for many rimfire rigs out there – serious NRL22 competitors should take notice.

and at 300 for my LD work, I did notice that the parallax/focus was a bit finicky which is not too surprising

given the 8.4x and shorter body design, but the parallax was easy to set and had the right amount of tension.

The mag ring is a bit tighter and would benefit some with a throw lever.

than some other scopes that I’ve had to play around with more to get just right.

If anyone has any specific questions, or has something you’d like me to test in the field,

please let me know and I will do my best to accommodate.

in fact, I found myself enjoying the FML-TR1 reticle more than my favorite – the MR4.

The thicker center cross and dot made acquiring the target “easier”…

For size comparison, here’s a top view showing the size difference the 5-42 HM has over the ZP5 5-25