Cowboy Action Shooting (CAS, also known as western action shooting, single action shooting)  is a competitive shooting sport that originated in California, USA in the early 1980s. CAS is a type of multigun match utilizing a combination of handgun(s), rifle, and/or shotgun in a variety of “Old West-themed” courses of fire for time and accuracy. Participants must dress in appropriate theme or era “costume” . (Quoted from wikipedia : https://en.wikipedia.org/wiki/Cowboy_action_shooting) You can learn more about the regulations from the Shooter’s handbook.

Douglas Wright (Owner of March Scopes Canada) has been enjoying the Cowboy Action Shooting for some time. He attended CAS this summer on July 1st at “Gunfight In The Porcupine Hills 2021”.  Cowboy Action Shooting certainly has style! If you are interested in trying out a new type of shooting, CAS may interest you. 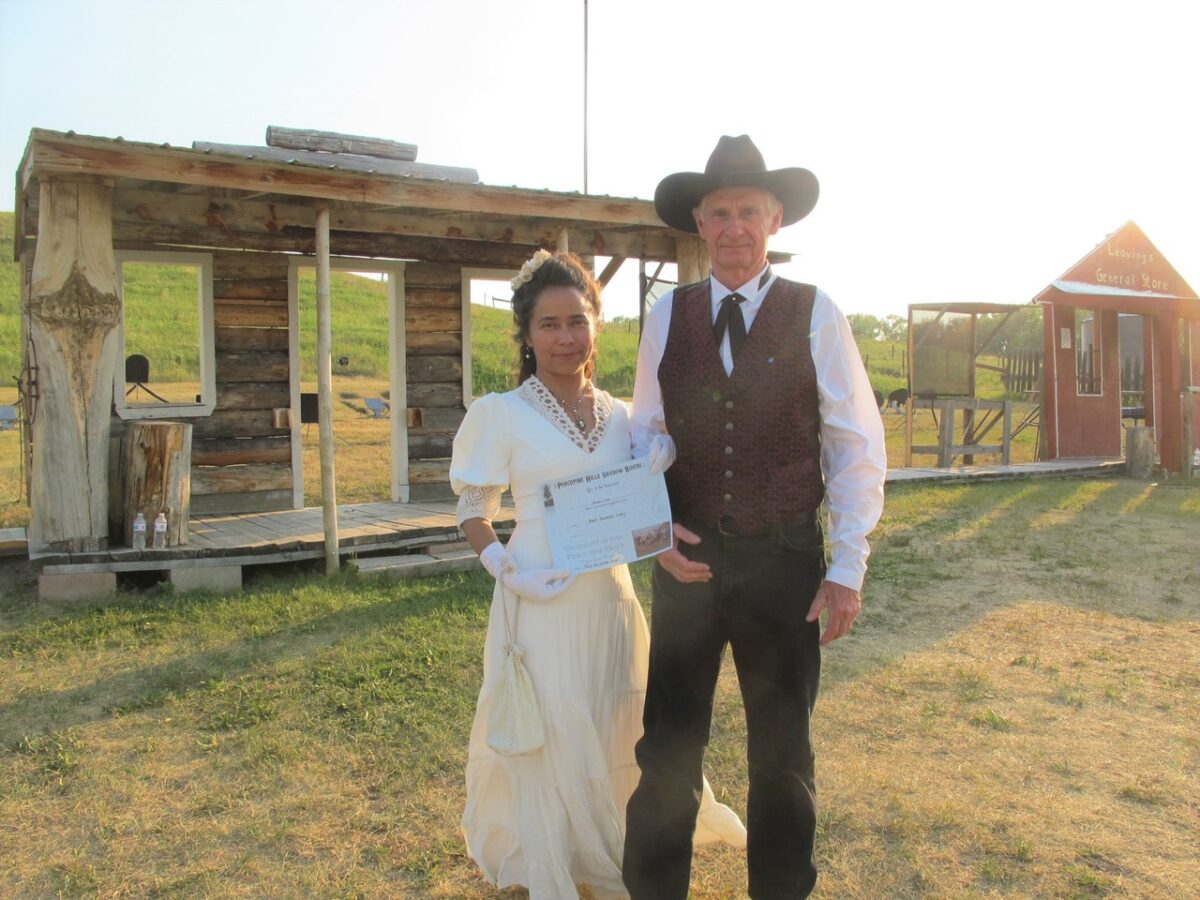 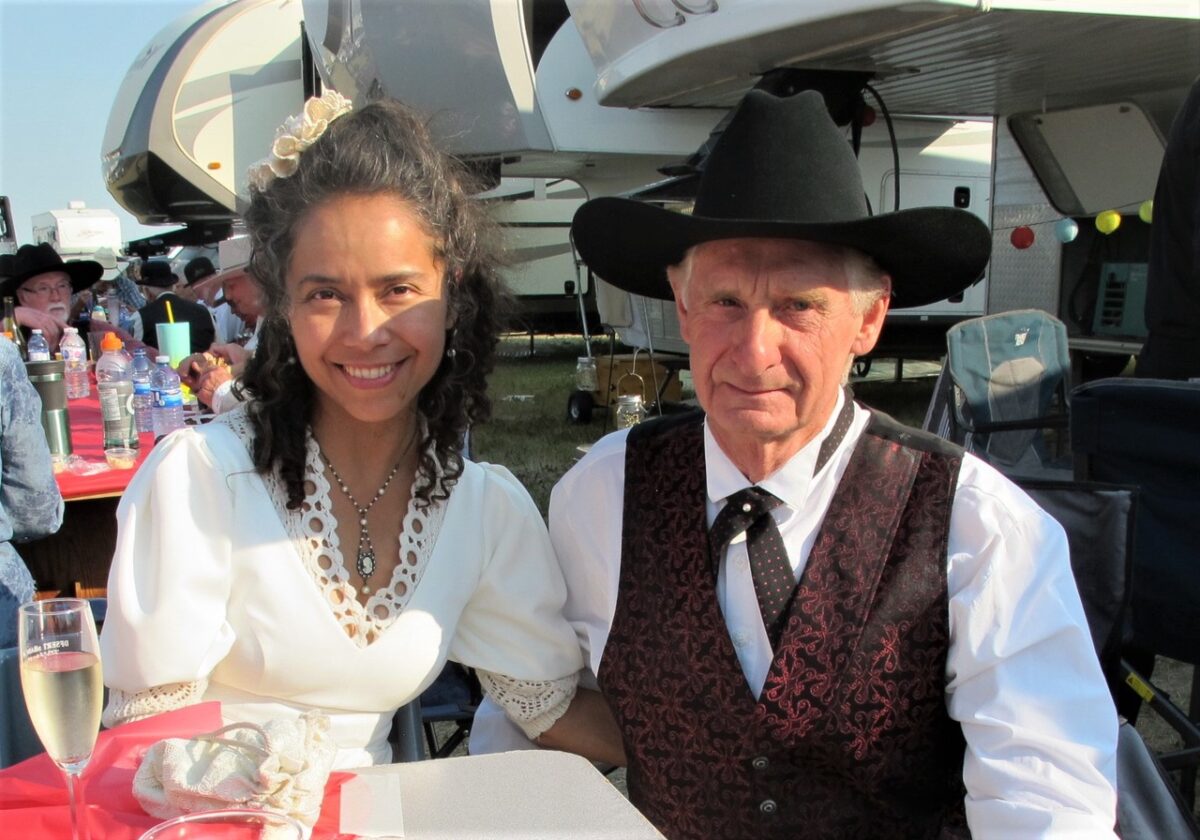 Below are pictures from matches at Cowtown in Phoenix AZ. Cowtown holds a warm up match the week before Winter Range, the USA National Championship for Cowboy Action Shooting. 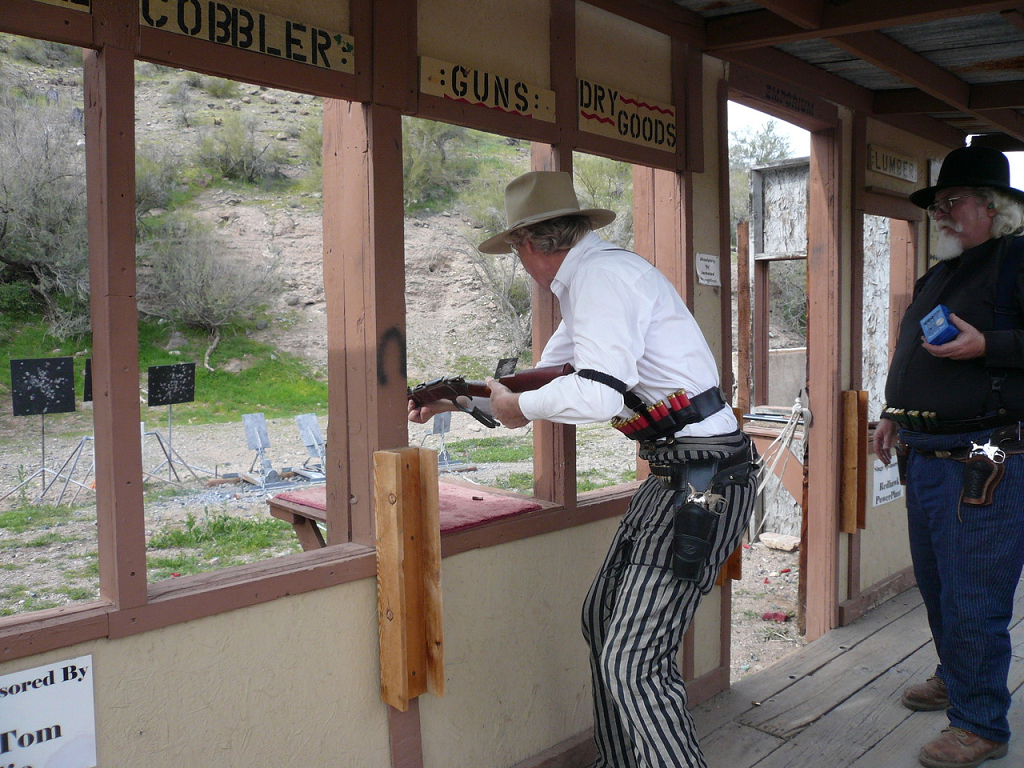 ↑ After shooting 10 rounds in about 3 seconds, putting down the empty Winchester 1873 with the lever open for safety. 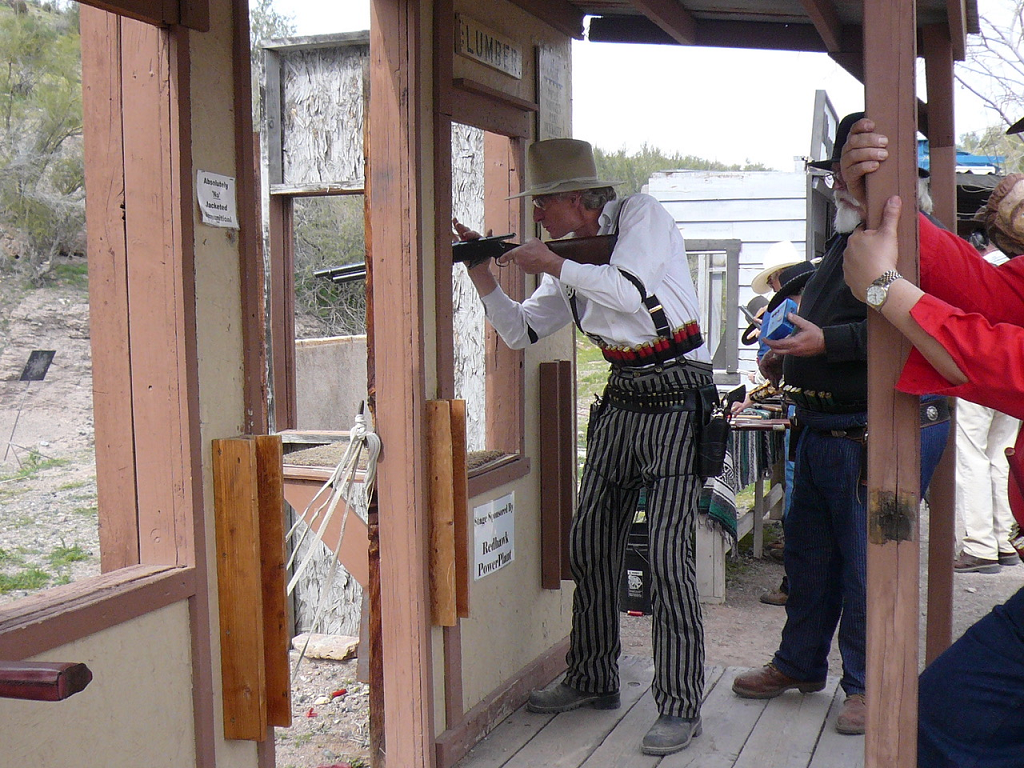 ↑ Single loading an 1897 pump shotgun and slam firing it, for additional speed.

↑ Drawing the weak hand gun, then passing it to the right hand. 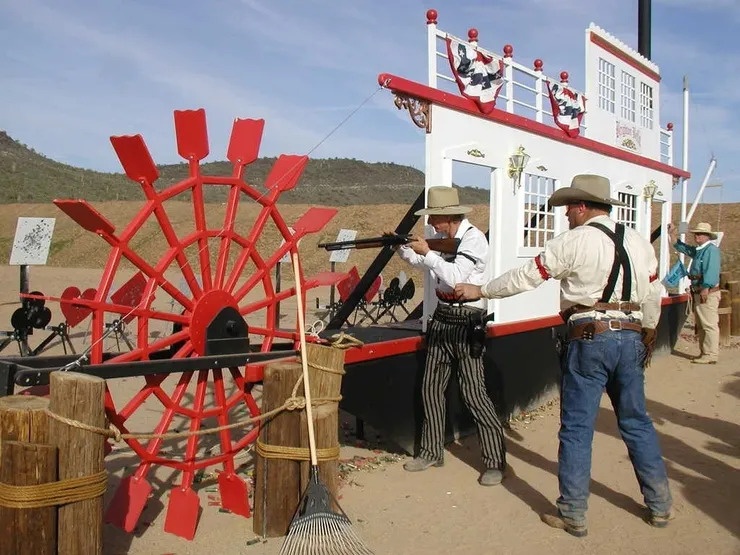 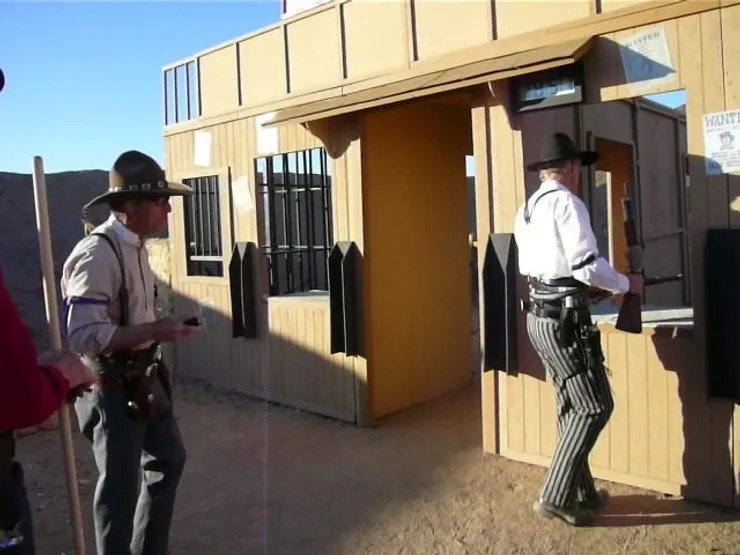 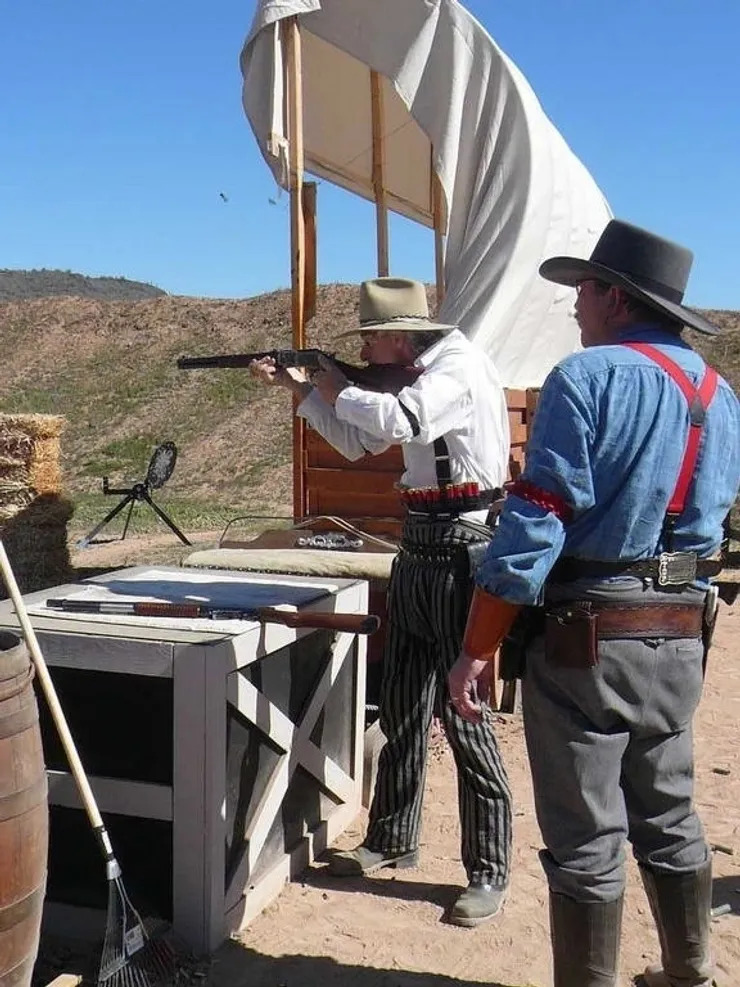