We are happy to announce that we now have a new MIL tree reticle FML-PDKI for 5-40x56Genll.

and also the original 5-40×56 illuminated and non-illuminated MIL models as well.)

FML-PDK was originally designed for non-illuminated 4.5-28×52 by avid PRS shooters in the USA.

with 0.2MIL subtension throughout is a simple and sophisticated reticle.

Technically non-illuminated lines can be made finer.

In order to achieve a fine line for FML-PDK, this reticle is for non-illuminated 4.5-28×52 scope only.

FML-PDK is received well by many shooters. 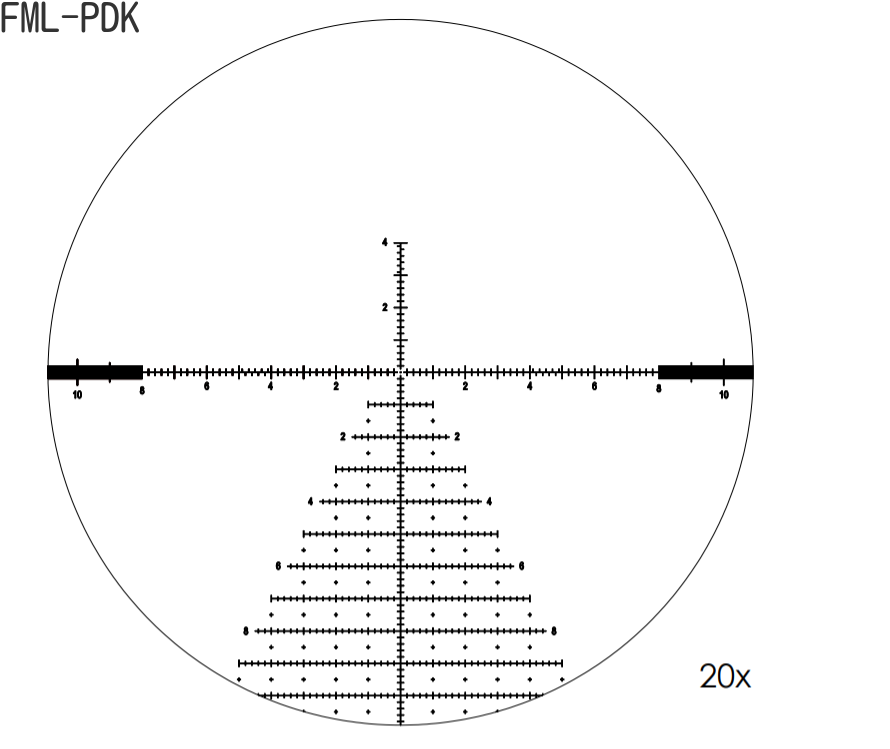 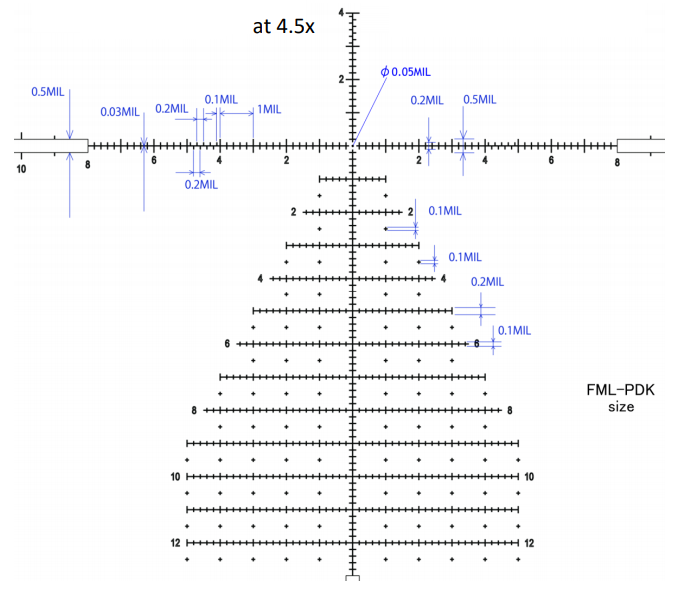 After we announced FML-PDK reticle, we received requests to make it illuminated

and also to make it a little more visible so that this reticle can be used for hunting as well.

The basic concept of FML-PDKI is the same as FML-PDK.

The horizontal and vertical lines of FML-PDKI are 0.04MIL thick which is slightly thicker than that of FML-PDK(0.03MIL).

Also the center dot of FML-PDKI is 0.075MIl large which is slightly larger than that of FML-PDK(0.05MIL).

Solid horizontal lines in the tree part of FML-PDK are dot based in the FML-PDKI to achieve a non-cluttered image.

FML-PDKI is a perfect choice for hunting as well as for competitions.

and also the original 5-40×56 illuminated and non-illuminated MIL models as well. Subtension will remain the same.) 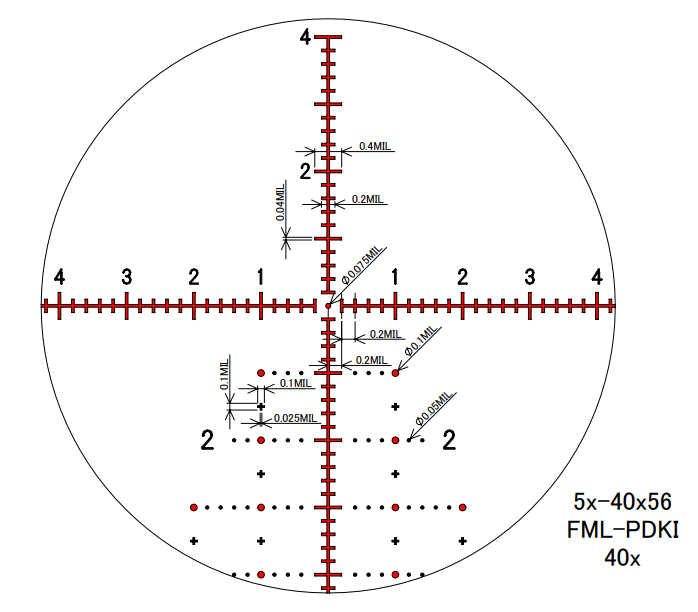 The image in the left above is non-illuminated.

We are a small custom manufacturer, but we try our best to live up to each and every shooter’s requirements.