During the last few years, we at Deon Optical Design in Japan, the makers of the March riflescopes have been receiving numerous reports about how the March-X 10-60X56 HM (High Master) with Super ED glass is apparently able to remain at a higher magnification compared to other riflescopes in periods of heavy “mirage.” Denys Beauchemin (wind coach at Bayou Rifles in the US) was the first one to report the effect to Deon as he was an early adopter of the 10-60X56 HM, using it in conditions where mirage is a big issue: long range F-Class and he kept bringing it up to us. The March owners reported that while the IQ (image quality) was degrading due to the “mirage”, it remained very usable. They were able to hold on the target exactly where they wanted to aim at the same level of magnification as before the mirage hit, while other shooters with other riflescopes were dialing back the magnification trying to deal with “mirage”. Of course, the owners of those riflescopes were very pleased with that quality, but they were also asking how that could be possible. We did not have an answer and we were not even aware it was even possible for this to be true.

When the reports became so numerous and in many cases, quite detailed, we decided it was time to investigate. Yasutoshi Nishikubo, Deon’s top lens designer, compared various March scopes with ED lenses to the March scopes with Super ED (High Master) lenses during periods of heavy “mirage” and was surprised to find there was indeed an IQ (image quality) difference between ED and Super ED lensed riflescopes and the effect was even more apparent in certain models. 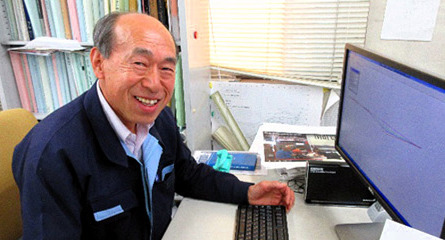 What follows is our current working hypothesis that may help explain the reported observations. This hypothesis is subject to change, extension, or outright dismissal as more information is available.

The human eye sees light in the wavelength range from 380nm (nanometers) to 780nm.  A ground-based telescope will produce excellent IQ if it can focus all the wavelengths of the visible light spectrum at the same point on the focal plane. However, with current glass material having different refractive indexes for the various wavelengths, the results show different focal points for the various wavelengths, so we get chromatic aberration. Some riflescopes use various types of optical glass to attempt to minimize this aberration.

When light is refracted by a glass lens, the various wavelengths that make up the visible light spectrum will not all focus at the exact same point on the focal plane. This leads to something known as color fringing or chromatic aberration. The image quality (IQ) is reduced because the contrast between the various colors is reduced a little bit due to this dispersion. The development of new glass was expected to reduce the wavelength dispersion of refracted light and improve these aberrations. 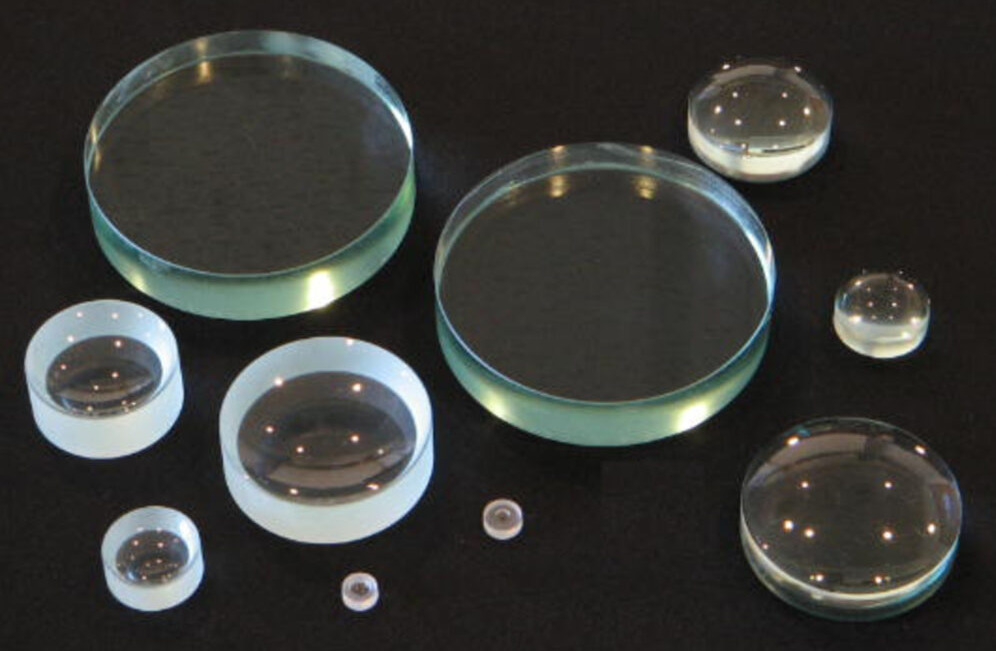 What is ED glass? ED stands for Extra-low Dispersion. The first ED glass is believed to be invented in the late 1960s. In 2006, DEON was the first in the riflescope industry to incorporate ED glass into a 40×52 riflescope for benchrest use. (The 40×52 is now discontinued and the model has been replaced by the 48×52.) Other high-end scope manufacturers are now following this trend. ED glass is more expensive than regular optical glass.

After the development of ED glass, Japanese manufacturers competed in the development of advanced lenses. Artificial fluorite and Super ED lenses which are similar to fluorite, were developed by various companies. Super ED lenses have the ability to improve chromatic aberration further than ED lenses, and in 2017 DEON incorporated two Super ED lenses in March scopes. They are the two big lenses at the objective. (Please refer to our previous article https://marchscopes.com/news/10054/.)

This quality may be the reason why riflescopes with Super ED glass are reported as being able to handle “mirage” better than ED glass, and dramatically better than regular optical glass. ED glass, preserves the focus position of this light and Super ED glass does an even better job of doing that. Because of this “shimmer protection”, the riflescope’s magnification can remain high and thus provide the shooter with a better aiming point.

We have further discovered that some of our riflescope designs with Super ED glass have better shimmer protection than others and the March-X 10-60X56 HM (High Master) is one of those designs; the others are the March 48X52 HM and the March 40-60X52 HM EPZoom.

This shimmer protection was not something we expected but it is serendipitous, and we are so pleased that our esteemed customers get this added benefit from their riflescopes.  We wish to thank our customers who reported this effect to us and prodded us to investigate this.  We are now believers in shimmer protection and will keep this in mind in upcoming designs.

We are a small custom manufacturer, but we will do our utmost to keep innovating.